Our client, a Canadian PR firm, was working on a holiday campaign for their client, the distributor of Amarula in Canada, and needed a designer to bring their vision to life.

Our client developed a marketing campaign that would share different recipes that used Amarula as an ingredient, and would encourage the general public to share their own cookie recipes, making this the largest virtual cookie recipe exchange in Canada. The distributor of Amarula would then donate $5 to a local food bank for each individual recipe shared.

As far as design went, this project consisted of three major parts:

The project started with the development of the press release, which was created for the British Columbia, Ontario, and Quebec markets. Additionally, for the Quebec market we needed both a French and English version of the release. Each release contained recipes developed by local bakers or bartenders. 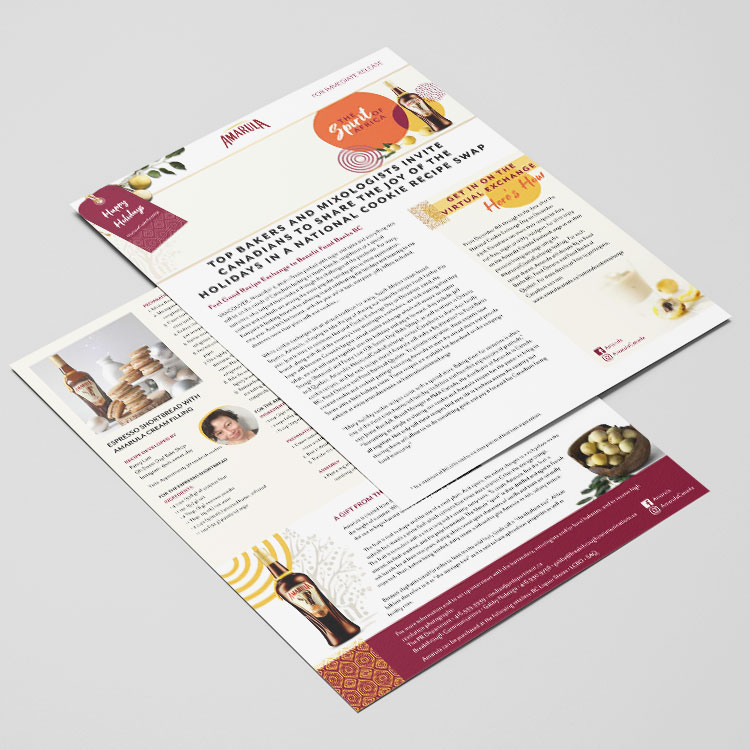 Once we had a vision for the press release, we were able to work on the packaging for the samples, that would reflect and be in line with the Amarula branding and also reflecting the upcoming holiday season. This portion included a box in addition to tissue paper to package the samples in. 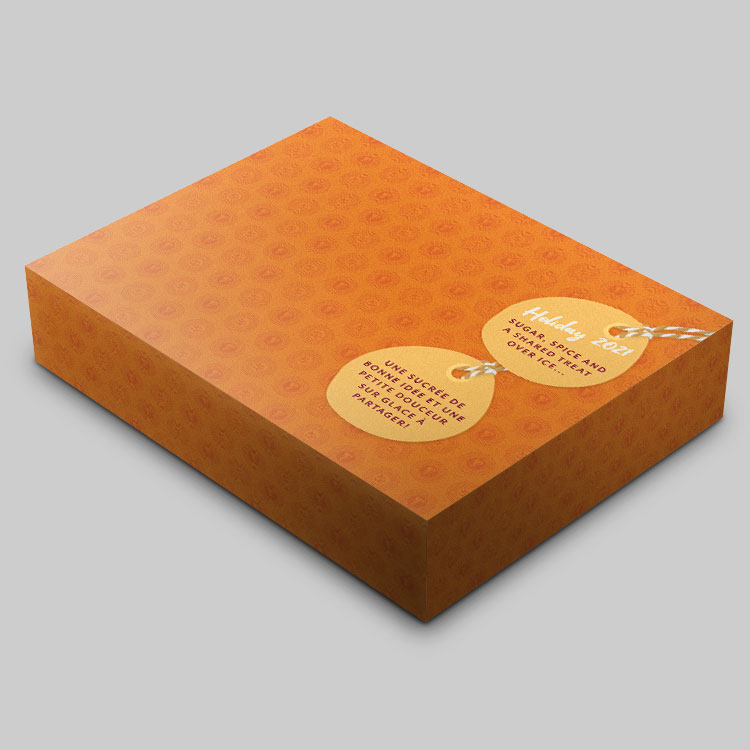 When it came time to develop the website, we used the WordPress platform to create a custom website that would show different content to different visitors, depending on their geolocation data. This meant that for visitors from Quebec, the website would showcase the recipes from Quebec bartenders and bakers first. It would also showcase a different local food bank’s logo dependent on where the visitor was located.

Ready to learn more? Book a free 30 minute strategy session and learn how we can help you move your website and marketing forward.